Last September I was very lucky to have been invited to the Films Without Borders festival in Berlin.  Actually, the festival is located it a charming lakeside village called Bad Saarow, well outside of the metropolis.  Berlin, from what I understand, is a sort of a Mecca for film festivals, and although this one is little well known and quite small, it is a very important and very meaningful one.  Each year, a theme is chosen, and the films elected to be featured in some way resonate with the theme.  The themes themselves are carefully chosen to represent what Films Without Borders stands for, humanity, compassion, solidarity, and togetherness.

The festival takes place at a horse ranch, the films are played inside a cozy barn, perched quaintly on the bank of the picturesque, serene Lake Scharmützelsee.   It begins on a Thursday and finishes on Sunday, with several films being played throughout the days and evenings.  Along with it being a fun weekend of entertainment, it also a special meeting point for producers, directors, actors and viewers to gather for discussions  following the documentaries, feature films, or short films.  As a viewer, I felt actually as if I was some how a part of the artistry involved in the creation of the films.   I was enlightened about things I’ve only heard about, or read small news articles about -FGM in the North of Senegal for example.  Don’t worry, the stories shared in the films were those of hope instead of despair.  Another film showed me how magic a modern online life  can come to transform an ordinary home life by connecting music artist from Israel to another in New Orleans.  Indeed, I felt very hopeful at the end.   I left knowing that  at the very least I could come home and have a lot to consider and discuss with my friends and neighbors over what is really going on in the world.  I sincerely believe it is important to share these stories and talk about them, that way they can be real for everyone.

People used to gather around the campfires to listen to and tell stories.  Later stories and sagas were performed at theaters and on stages.  In more modern times on a big screen in a dark room,  around a television box, and now even in our hands on our mobile devices.   Indeed, storytelling is everywhere these days!  But mostly we do our listening and watching alone.   This festival offers a cozy place to slow down to listen, watch and experience the stories alongside other interested viewers.  Many of the characters and authors are present, and what an amazing thing to be able to ask them questions, or have lunch beside them and even toast a glass of bubbly with them!

At the end of the festival, there is an energetic and enthusiastic discussion about the films, and their importance and relevance to our world’s current events.  This is when the Without Borders Youth Program is highlighted.  The Youth Program is definitely the coolest part of the entire festival!  The program invites students in the surrounding area as well as refugee children to participate in various cinema workshops.  The children are invited to analyze and discuss the films as well as participate in the festival itself.  Integration is really one of the most significant issues facing  Europe and the West these days.  I cannot say I know of any such thoughtful and productive projects that work to solve a very imminent problem.  I am so excited and proud to have been present for it and this is really why I’ve chosen to do a blog entry about it.  Everyone should know about it!

The festival also featured really  yummy food vendors from local cafes and food trucks.  I was so happy to be participating in a festival where there was no plastic straws, utensils or plates being used! At all! I  was even served my bubbly in a glass!  This defiantly makes a statement about the ethics and principles of the organizers of Films Without Borders.  Bless them!

Here are a few of my pictures from the 2017 festival: 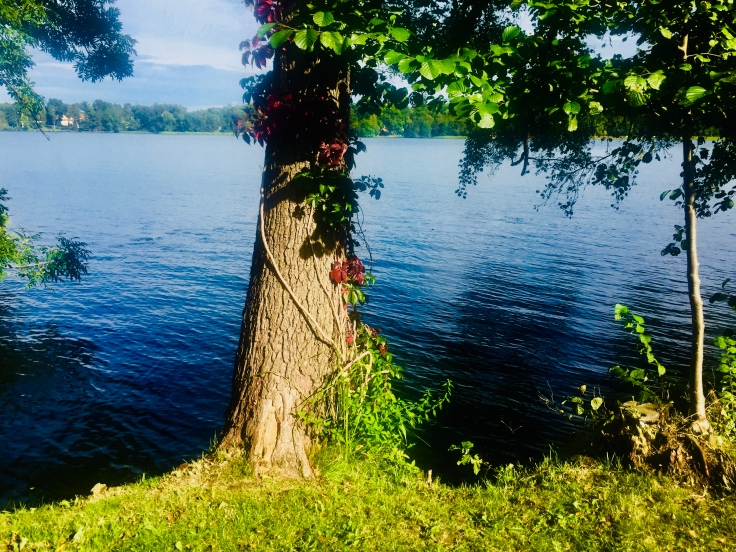 If you are interested in attending here is a link to the website where you learn about purchasing the very moderately priced entries: https://www.filmohnegrenzen.de/en/tickets/

Please keep in mind that this festival is based on the generous donations of people and organizations who are passionate about the issues at hand.  If you are feeling generous, you can contact Susanne Suermondt at: susanne.suermondt@filmohnegrenzen.de

I hope at some point in the near future to be more involved myself with events like this.  I often entertain the idea of holding a Films Without Borders Festival here in Mallorca.  But how?  Please comment below if  you’ve got any good ideas.